Tongue-tie, lip-tie, ‘tethered oral tissues’ (or ‘TOTs’) are terms tripping off many a health professional’s tongue today. If you are a breastfeeding advocate in the lactation field, or a mother struggling to breastfeed and searching for support or solutions, the popular discussion of these anomalies will likely not have escaped your attention.

A tongue-tie exists when the tissue (frenulum) connecting the underside of the tongue to the floor of the mouth compromises tongue mobility. Restoring optimal tongue movement may be achieved by performing surgery that involves either cutting with scissors or lasering the lingual frenulum or the upper lip frenulum (the tissue connecting the inside of the lip with the gum). You can get your buccals done while you are at it. While tongue-tie is a mild anomaly that may cause feeding issues, it is not the cause of the majority of breastfeeding challenges. There are very often breastfeeding solutions to breastfeeding problems.

To date, there exists a paucity of reliable evidence regarding the diagnosis and the treatment or otherwise of tongue-ties upon which to make fully informed decisions, either as a health professional or a parent.

‘A kind of pseudo-science prevails concerning this topic, where poor research methodologies are ignored or not comprehended by prominent and authoritative advocates of deep-tissue incisions, where the need for theoretical frames are derided, where articles are thrown around the internet as proof without any credible analysis of the data, that is, without critical thought about how that data is interpreted.

Worst of all, a poisoned, divisive discourse dominates, with advocates of deep-tissue frenectomies unashamedly questioning the competence or experience of those health professionals who are more cautious …  Lactation consultants … who are sceptical about the value of these deep cuts fear to speak out. Being labelled incompetent by colleagues or by parent groups online† … Our tongues have been tied. A disturbing and anti-intellectual group has taken hold in the field of breastfeeding support.’ Professor Pamela Douglas

For more than 99% of our existence as a species, all human infants have obtained their main nutrition through breastfeeding and as mammals we have an evolutionary history of lactation that is even more ancient. (Stuart-Macadam, Introduction to Biocultural Perspectives Walter de Gruyter, Inc. New York).

‘Unfortunately, the power of social media and the manipulation of parental emotion have caused an increase in diagnosis [of tongue-tie], well beyond its actual incidence.’ Alison Hazelbaker. Alison has recently taken one of her books off the market because she ‘encountered research that demonstrates lip-tie as currently assessed is not a legitimate diagnosis’.

There are some striking parallels between the promotion of artificial baby milk and of tongue-tie release. These are just a few that spring to mind.

Informed choice is the mantra of western society and is seen as a right, but few parents are fully informed.

Back in the 1950s, doctors persuaded mothers that artificial feeding was ‘scientific’. They added mystique by presenting gobbledygook to impress. Breastfeeding failure became accepted as a common flaw in women’s bodies, and now tongue-tie is becoming accepted as a common problem in infants’ mouths. Effective distribution of promotion by a universal means of communication creates a market. Where are mothers able to find consistent and impartial information? 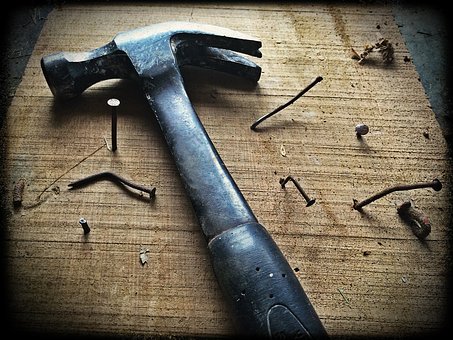 And it is fascinating to follow the social media discourse on the topic: the conjectures of some enthusiasts who believe that air swallowed because of tongue or lip-tie leads to leaky gut, food intolerances, nut allergy, and other digestive problems. ‘Restless foetus’, bed wetting, constipation, late crawling, worn out adrenal glands, mouth breathing, sleep disturbances, spinal deformity, ADHD, webbed fingers syndrome, and conjunctivitis have been blamed on tied tongues. A new device on sale for training babies’ tongues lists a connection between tongue-tie and leukaemia in its marketing promotion. There’s a growing number of claims cited in chat groups for what tongue-tie release can cure, including, but not limited to, umbilical hernia, mouth breathing, craniosynostosis, motion sickness, hating the car seat and nappy changes. It can even prevent SIDS…

Adults too are claiming to benefit from having their tongues released to cure headache and neck tension, erectile dysfunction, tight pelvic floor and stress incontinence; improve balance and vision. Some hypothesise that releasing a tie can shorten the menstrual cycle and shrink nodules in the thyroid through some connection with pituitary function. Perhaps tongue-tie is at the root of all hormonal problems? (I’ll keep an eye out!) One woman wrote that after the procedure, not only was her posture improved but her breasts were perkier too. What next? Perhaps a connection between tongue-tie and autism? Indeed, such a connection has already been made … Schizophrenia even!

Interestingly, Dr. Andrew Williams, Well Child 2015 Doctor Award Winner, said in correspondence on 22nd August 2018, ‘True tongue tie in my experience is very rare. However, I have noticed an increase in diagnosis in children with neuro-developmental difficulties, where to my mind no such features have existed. I strongly oppose tongue-tie surgery for those children. Where surgery has happened, I have never seen any benefit, especially if there were pre-existing neuro-developmental disorders.’

I recently heard a lactation consultant relate how she had seen flyers from a provider of tongue-tie surgical procedures handed out to pregnant women at a mother and baby fair.

‘If advertising simply provided information, it would be hard to object. But a lot of advertising makes us feel we need something that previously we didn’t need.’ Richard Layard

Discussing artificial baby milks, Palmer notes that in spite of the lack of evidence that the ingredients are essential or even safe, no company has ever put a label on the tin that reads:

‘This product is as yet unproven to be completely safe, thank you for letting us use your baby as a guinea pig.’

She rightly judges controlled experimentation on babies to be unethical.

Since publishing my initial version of this post in January 2017, in addition to the ever-growing list of conjectures above, there has been a proliferation of opportunities for ‘education’: conferences, symposia, and ‘master’ classes at which advocates of these surgeries sell their promotion and encourage professionals to further their beliefs. ‘Generous’ donations are being publicly presented by providers of laser surgery, a percentage per procedure carried out, to perinatal mental health charities that support mothers with postpartum depression to show how much they care for these vulnerable new mothers. The opportunities don’t stop there. For just $30 you can now join a Facebook program, a mama circle, for support on your tie ‘journey’.

Homeopathic remedies now exist specifically to help with the emotional and physical trauma involved in tongue-tie surgery, some of them come with an endorsement from lactation consultants. Whatever will be be next? Perhaps laser dentists teaming up with TOT enthusiast health professional referrers? [Sure enough, that has happened.] Or, as one GP wryly suggested a new formula milk designed for babies with ties? And there is now a ‘magical Minbie teat’ being marketed at mothers with tongue-tied babies. Tell me again how there is no bandwagon?

Do the benefits of surgical procedure outweigh the risks? And what actually are those risks?

Is it right to recommend release without full, impartial information, for which we need to know that a procedure is safe AND effective in doing what it is supposed to do?

When professionals carrying out tongue-tie surgery are doing procedures with the intention of improving breastfeeding and breastfeeding does not improve, how can a mother fail not to feel undermined and anxious?

As a mother who cares about babies and wants mothers to breastfeed, and as someone who has no financial interest in whether they do or not, I cannot ignore the stories I hear, the ones about babies suffering from oral aversion following (often repeated) tongue-tie release surgeries, stories of botched procedures, wounded babies and harsh aftercare, and those with excessive bleeding.

I do not deny there may in some very rare instances be a connection between tethered oral tissues and effective breastfeeding. What I am doing is to recommend caution and ask for a more rigorous and a more open dialogue between professionals and between mothers over what the evidence reveals with regard to these surgical procedures.

Babies and their mothers are vulnerable, their protection is paramount.

My tongue won’t be tied.

† I have been banned from quite a few tongue-tie groups I have participated in on Facebook and know others have been ejected too. One health professional was told in a mothers’ group to refrain from using the words ‘cut’ or ‘surgery’ and that they were ‘moving away’ from such language to talking about ‘revision’ instead …

March 2017: from the Australian Breastfeeding Association’s professional journal, Breastfeeding Review 2017; 25(1): 9-15, a paper reflecting upon the oral tie phenomenon by Renee Kam, Lois Wattis, and Pamela Douglas, which includes the serious methodological shortcomings of a number of recent and popularly cited studies.

My post reflecting on this and the lack of credibility.

Cochrane Review 11 March 2017. Frenotomy for tongue-tie in newborn infants ‘The small number of trials along with methodological shortcomings limits the certainty of these findings.’ ‘No consistent positive effect on infant breastfeeding.’

Put those lasers away:

Take a look at what the Australian Dental Association Queensland president has to say this month (September 2017) about the surgical management of tongue ties in the breastfed infant. And again in December 2017.

The prevalence of a midline diastema reduces with age from 98% of 6-year-olds, 49% of 11-year-olds to 7% of teenagers and therefore the majority of diastemata will tend to close spontaneously during teenage years without any intervention.