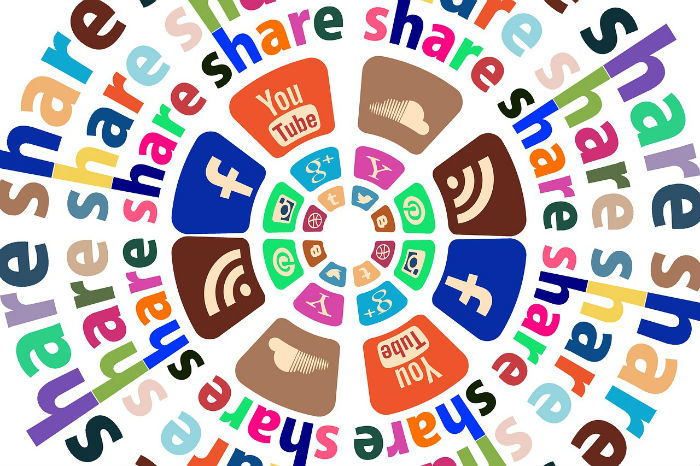 When tie surgery turns out not to be the magic bullet, what are mothers saying on social media?

I must be cruel, only to be kind: Thus bad begins and worse remains behind. (Hamlet, 3.4). 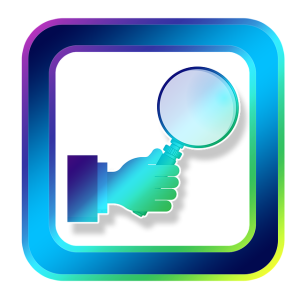 If you are familiar with my other posts on this blog, you will know I think oral ties are overdiagnosed and that, where they do exist, I remain sceptical about the intervention that a growing number of health professionals and mothers claim they require. Let’s get back-to-basics in breastfeeding support and refuse to ‘talk the talk’ in lactation circles. As a longtime advocate of breastfeeding and keeper of mothers’ stories, I am fascinated by the snippets mothers reveal of their experiences on their ‘tie journey’ via social media. Reproduced below is a selection of (anonymised) comments picked from the social media morass to illustrate situations that repeat with alarming frequency.

I invite you to read between the lines.

Let’s look at what mothers are saying:

‘I am upset about the impact the stretches ¹ are having. My baby is upset when we have to do them, although she’s OK soon after we finish a session. I think it’s the fact she doesn’t like to be held down. I feel the way she feels about me has changed since we started to do this too.’

‘I don’t feel our bond is damaged. It’s more the pain of the procedure. The upper lip looked very painful for a couple weeks. It’s hard to know how much pain they are in. But what I do know is that I did it in the hope it will help us continue doing what he loves. He doesn’t have as much wind now.’

‘I’ve had a lot of guilt lately about doing the procedure as we have not really seen improvements.’

‘Please don’t feel guilty. We saw no change when we had the procedure done over a year ago now but I still don’t regret doing it because I know that I have done the best I can with the information available.’

‘Thank you. That is what I am telling myself because we really want breastfeeding to work and we are doing the best to make that happen.’

‘Even if you don’t see improvements now, you will be preventing issues that may occur in future ².’

‘Maybe you’ll see some improvements in more time. The improvement may be hard to measure as the things you have fixed will not materialise …’ Hmmm. 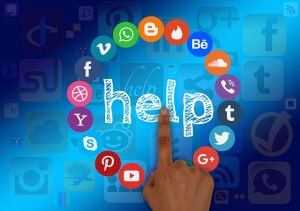 ‘It took a couple of months for us to be able to breastfeed following the procedures. Hang in there!’

‘I know that the procedures worked because with my first her ties were not properly revised and there was no significant improvement until around 6 months, but with the second, the ties were revised properly and things improved by around 8 weeks.’

‘Yesterday my 16-day old got revised ³. Breastfeeding was no trouble before and he’d been gaining weight well, it was getting easier every day. Since yesterday, nursing has been horrible. He comes off screaming. I gave him some Tylenol but it hasn’t helped and he is crying a lot and having trouble latching at all. I’m heartbroken and wondering if I made the right decision getting this revision.’

‘It’s almost 7 weeks since we had the procedure and my nipples are more pinched than ever. My baby won’t open his mouth wide any more, although he did before the procedure.’

‘My baby bites now and didn’t before the revision.’

‘Craniosacral therapy is recommended because often there’s a residual tightness in the face from the compensatory muscles engaged prior to revision.’ Really?

‘My son’s ties have been revised 3 times and he’s developed an oral aversion. We’ve already spent so much money that seeing more experts is not really affordable.’

‘We got the ties lasered at 4 days and it wasn’t until 8 weeks we really saw improvements.’

‘I have some guilt too and do wonder how necessary it was, it certainly felt necessary at the time. It didn’t fix anything. We can only do what we think is best and I keep reminding myself of that.’

‘It took us 10 weeks to see any improvement and that was with weekly ibclc and chiro visits. His ties were severely restrictive. It really does help to see someone specially trained to help retrain all the surrounding muscles how to work again properly.’

‘I question myself sometimes whether we did the right thing or not. We had our baby’s done at 2.5 weeks. It took 4 months before she was feeding pain free. We spent thousands on revision, travel, accommodation, chiro and IBCLC care. We are still having issues at 11 months. Saying that, who knows whether we’d still be breastfeeding at all if we hadn’t got the revision done?’

‘I feel guilty due to the pain it caused my son. He had anterior tongue-tie, upper lip-tie and buccal (cheek) ties. The surgery and stretches were dreadful. I had to keep reminding myself it was for the best. I didn’t see any improvement in breastfeeding but the dentist said he would have had severe speech problems otherwise, so hopefully the procedures have prevented those.’

‘OMG how do you do the stretches when your baby’s lip is so fat and he is crying in pain? It’s been a hard night and I feel so bad for him and he is so swollen.’

‘It’s easy to fall into the trap of overthinking this. The reality is that we all wish that we didn’t have to do it. Change your thinking… you are not doing it to him, you’re doing it for him.’ That is what proponents of corporal punishment say, too, is it not?

‘Has anyone had a baby that has suffered a complete oral aversion after a PTT and ULT release? It’s just over 3 weeks post laser release and now my 10 week old is completely refusing feeds. We’ve been in hospital a few days and he has been fed by tube. I’m really regretting having the procedure done.’

‘As an ENT I take kids tonsils out. Now that hurts and they tend to go off eating and drinking for a few days. Never do they end up with an “oral aversion” needing to be fed via a tube through their nose into their stomach. There is a growing number of reports of babies, infants, and children needing such measures after tongue and/or lip tie release. This is not normal. Something has gone wrong and it has nothing to do with the stretches or exercises. If you or someone you know has experienced such problems, please speak up rather than be told by random people on Facebook pages that this is normal. It is very concerning and no child should suffer from what should be a simple procedure with minimal down time and a quick recovery.’

‘We were told by our dentist that did the laser procedure that children have an unconditional love for their parents and will forgive you every time. Not that there’s anything to forgive.’

‘After being told by my paed and GP that my son had no ties and was fine, I took her to — [dentist] for assessment, where she was found to have a hard to detect tongue-tie, a very restrictive lip-tie and both buccals. All were released today and we have been given all the stretches and have follow up with chiro. I can’t really afford to see an IBCLC as well as it has all been very expensive.’

‘We have a lip tie, but he is nursing like a champ, no symptoms. Can I wait to have it revised when he is older?’ This mother was urged by others in the group to get it corrected sooner rather than later. One IBCLC pointed out that you can’t diagnose from a photo but was told how wrong she was.

‘I’m wondering what the point was. My baby is 8 weeks and had 2 procedures and 2 reattachments. I’m ready to give up but really want to breastfeed so will have a 3rd and hope that’s the charm.’

‘My dentist said general anesthetic and stitches is what he recommends in these situations. My son might need a 4th revision and that’s probably what we’ll do.’

‘Our first procedure didn’t go deep enough and after the second it took him 6 weeks to get the hang of breastfeeding.’

‘My son had his revision of lip, tongue and cheeks this morning. Right now we are sitting at the hospital with a drip attached waiting to find out if we can be transferred to another hospital. Regretting it so much and feeling like the worst parent in the world.‘ ….. The baby is now in theatre to stop the bleeding from the laser wound and will need a nasogastric tube.

Last month (September 2017), the Australian Dental Association Queensland President Dr. Gary Smith had this to say in the ADA News Bulletin about the surgical management of tongue ties in the breastfed infant:

‘I am troubled by practitioners using social media to promote tongue and lip tie surgery. Pictures are appearing on various dentists’ Facebook pages of adorable babies in the arms of the treating dentist with comments such as, “We had another gorgeous Bubba in this morning for a tongue and lip tie release. Look at how relaxed he is…he’s almost asleep” … I think such exploitation of children is unconscionable and must cease.’

¹ Stretching exercises. Parents are advised to perform these following frenotomies on their babies without any good evidence to suggest they are beneficial. Why would they help? There is no surgical procedure of any kind after which it is recommended that the wound be actively traumatised in such a way. Often tie warriors schedule post surgical exercises daily for up to 3 weeks. There is no evidence to support the efficacy of this harsh aftercare.

² Parents are being warned that they run various developmental risks if they do not proceed with surgery to release oral ties, which frightens many into compliance. There is no evidence to support these claims of future consequences. Dr Pamela Douglas points out that ‘threatening developmental risk will increase the chances of reported positive outcomes post-laser surgery, because of the powerful neurobiological impact of expectation’ (Brody & Miller, 2011). You might also ask, however, what will be the repercussions during the next decade or two for these baby guinea pigs? A paediatric dentist, in conversation on this subject recently, mentioned how lip-tie surgery often changes a baby’s appearance and not in a good way … Will the revised upper lip ride up above the adult teeth in a horse like fashion?

³ ‘Revisions‘ correctly refers to repeat surgical procedures (lasering or cutting) of oral tissue for a second, third, or (in some cases) even fourth time, yet in social media parlance ‘revision’ often refers to a first release. It is notable that the words ‘cut’ or ‘surgery’ are rarely used when discussing these invasive interventions in babies’ mouths.

Read my other posts on ties here.