Do we underestimate babies’ pain when they undergo surgical procedures and how does this relate to releasing tongue-ties?

As recently as 1987 the American Academy of Pediatrics declared it to be no longer ethical to perform surgery on preterm babies without anaesthetics. In 2014, Johns Hopkins Children’s Center pediatrician Myron Yaster, M.D. received the first-ever Lifetime Achievement Award from the Society for Pediatric Anesthesia in honour of his trailblazing work in the field of paediatric pain management. Before the AAP’s declaration, Yaster notably said to newspaper journalists,

Most adults would be shocked if they saw what was done to children in hospitals without anesthetics. It’s like roping and holding down a steer to brand it.

It was commonly accepted for a long time that babies, especially newborns, did not feel pain, and even if they did, that they would not remember it. The pioneer said, ‘I suspect in 10 or 20 years we will look back and see what we were doing to children, and think that this was an uncivilized period in medical history.’

How far have things advanced?

Mathew, 2003 reviewed the mechanisms of pain perception, objective assessment, and management strategies of pain in infants and said that infants (including newborns) experience pain similarly and probably more intensely than older children and adults. They are at risk of adverse long term effects on behaviour and development through inadequate attention towards pain relief in early life, as well as suffering the immediate effects of irritability, fear, sleep disturbance, and a diminished immune system.

More recently, a neurological study at the University of Oxford used fMRI to scan the brains of 10 healthy infants aged one to six days old, and 10 healthy adults aged 23 to 36 (Goksan, Hartley, Emery, Cockrill, Poorun, Moultrie, … Slater, 2015). The researchers poked subjects’ feet with a special device that retracts upon contact, described by co-author Hartley as ‘like poking with a blunt pencil’. The team found that babies respond in a similar way to adults. In fact, 18 out of the 20 brain regions activated in adults were also activated in babies, including brain regions that tell us where a given stimulus is on the body, and those that tell us a stimulus is unpleasant. The brains of the newborns exhibited the same response to a weak stimulus as the adults did to a stimulus four times as strong, suggesting that babies might actually be more sensitive to pain and have a much lower pain threshold than adults.

You cannot judge a baby’s pain by appearance

Behaviour in itself is not a reliable way of assessing pain in stressed newborns (Jones, Fabrizi, Laudiano-Dray, Whitehead, Meek, Verriotis, & Fitzgerald, 2017). The researchers simultaneously measured the behaviour and brain activity of 56 newborn babies before and after a clinically necessary heel prick in their first days of life, while also monitoring their stress. The pain-related brain activity and behavioural response was measured following the blood test, while the babies’ background level of stress was measured using the concentration of a stress hormone (cortisol) in the saliva and heart rate patterns.

The results show that for babies who are not stressed, a painful procedure will often result in a coordinated increase in brain activity and behaviour, in the form of facial expressions. Babies who are more stressed have an even greater response in the brain following a painful procedure, but, importantly, this is no longer matched by changes in behaviour. While a stressed baby may exhibit strong pain-related activity in its brain, you could not guess that simply by observing its behaviour. So the stressed babies did not seem to respond to pain but their brain was still processing it. Such a response has been seen in premature babies who sometimes ‘tune out’ when they are overwhelmed, which does not mean they are not experiencing something. These results indicate that health providers performing even routine procedures on infants may in many instances be underestimating babies’ pain if they judge a baby is not experiencing pain because he is not crying or grimacing.

Despite the considerable advancement of knowledge in the last couple of decades, the idea that babies do not feel pain sadly persists.

There is still a lot that scientists don’t understand about the severity of babies’ pain. Well designed clinical trials are urgently required to improve analgesic provision in the infant population (Moultrie, Slater, & Hartley, 2017). Although neonatal infant pain scales can help clinicians assess pain through behavioural cues such as crying, breathing patterns and facial expressions; as the research has shown, such subjective assessment isn’t always a reliable measure.

And what about tongue-tie?

Goksan et al., 2015 refers to tongue-tie specifically. ‘The trend to undertreat pain remains in clinical practice (Carbajal et al., 2008), despite concerted efforts to improve the management of pain in this population (Anand and International Evidence-Based Group for Neonatal Pain, 2001). For example, it is remarkable that current UK NHS guidelines for ankyloglossia (tongue-tie) surgery state that “in small babies, being cuddled and fed are more important than painkillers” (NHS Choices, 2015). Indeed, a recent review of neonatal pain management practice in intensive care highlighted that although infants experience an average of 11 painful procedures per day, 60% of the population did not receive any pharmacological analgesia (Roofthooft et al., 2014). ‘Being cuddled and breastfed does have an analgesic effect (Harrison, et., 2014). I remember how deeply my babies all latched on following vaccinations, but I’m not exploring relative benefits of pain relief here. Let’s focus on the inflicting of pain.

The language I hear to describe the procedures to eliminate tongue-ties trivialises what is a surgical operation—no matter how swiftly or deftly it may be performed. Words like ‘snip’ and ‘clip’ instead of ‘cut’, when you are talking about taking a pair of scissors to a baby’s frenum, assume a good deal about how that baby will experience the act.

With regard to the more invasive lasering or deeper cutting of frena, there is, in many of the conversations I read daily on Facebook, what I can only describe as, a callous disregard of infant pain. I noted down the following statement from a paediatrician, because it struck me as an important reflection,

If only tongue-tie surgeries were benign. Holding children down to perform painful procedures has significant long-term consequences — including central sensitisation to chronic pain, the development of phobias, and aversion that could lead to avoidance of medical and dental healthcare that might actually be necessary in future, thus denying them a real choice about healthcare as they grow up. 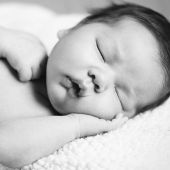